The debate on equal rights and equal treatment of men and women is too vast for any of us to be able to completely cover it. And it is far from settled. That is why in our publication, we analyze what questions female executives and founders are asked in interviews. We also wanted to find out how the experiences of female founders in dealing with the media compared to those of female executives from established companies. Our research is based on data and interviews conducted in Germany and gives a perspective of this market - for this reason the study is only available in German. If you need more information or insights, please do not hesitate to contact us. We look forward to hearing from you.

Our results illustrate that unconscious preconceptions – or biases – often shape the media portrayal of both genders. Women and men in leadership positions are systematically asked different questions in interview situations.

Differences in the portrayal of female and male top executives are not problematic per se, it all depends on the tone and the judgment that journalists use. Our main objective is to highlight differences and raise awareness for unconscious bias in the media. 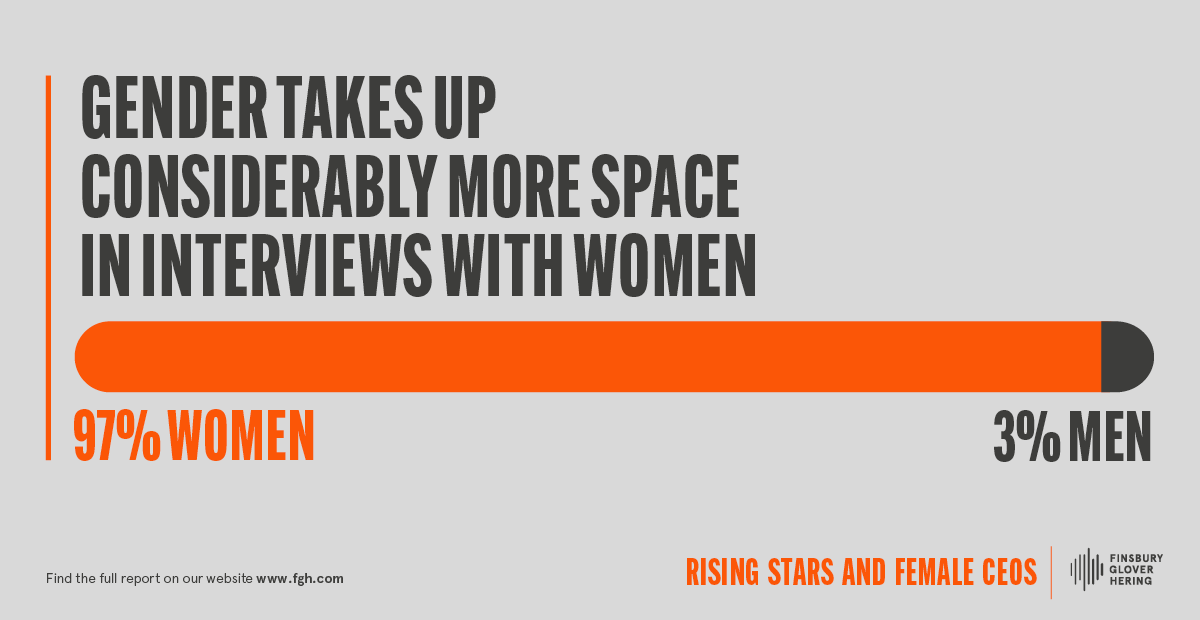 Many thanks to Julia Bösch, Lea-Sophie Cramer, Katharina Jünger, Verena Pausder and Miriam Wohlfarth for their personal views and experiences.